Hi all! We hope this finds you all well. It’s been quite a year in The Guilder House & I know we haven’t updated anyone since Poppy’s surgery back in April! So here, as briefly as possible, is our 2012!
Poppy’s Journey
Poppy underwent her 4th brain surgery in April & made yet another remarkable recovery. Her most recent scan in November shows thatall that remains of her tumour is a tiny 2mm speck – a pinhead in comparison to the original 700mm mass. We are not naïve enough to think that this is the end of Poppy’s brain tumour journey, but having been told that she’d probably never be totally free of it, it’s the best news we’ve had since her diagnosis. Poppy still needs daily growth hormone injections & a daily dose of aspirin, & she will always be blind in one eye, but she is doing so well! She recently gained her 1000m swimming badge, goes dancing 3 days a week & has been taken off the Special Needs Register at school as she is making such great progress. This will be the first Christmas that Poppy has been pretty much tumour free since her very first Christmas – which was back in 2003. Words cannot express how grateful we are - it feels like a miracle - the best Christmas gift we could ever wish for.
Our Family
Poppy will be 10 in January & Lily is now 2.5 years old. They are both very loud & bubbly; life is certainly never dull in our house! Lily has also started dancing lessons this year – we are hopeful that soon she will be able to take part without crying! I broke my foot back in May & spent 6 weeks in plaster being a very frustrated & ‘impatient’ patient!!! Bri has recently decided to leave his job & is looking for a career change that will hopefully enable him to work closer to home & with shorter hours. We love having him home with us! 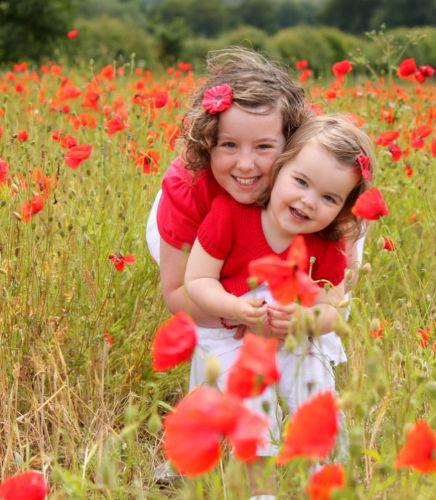 An Exciting Year!
We have crammed so much into this year & Poppy has been granted wishes from many wonderful charities too. Here are just some of the highlights…
January – Poppy turned 9 & made a birthday wish to not have a brain tumour anymore.
February – Poppy was given VIP access all area treatment at the X–Factor Live Tour & even had lunch with ‘Little Mix’
March – we held our 7th annual ball, raised a whopping £14,000 & had an amazing night!
April – Poppy underwent 6-hours of brain surgery & most of her tumour was finally removed!
July – I won the ‘Penguin Woman of Courage’ Award & had lunch at The Savoy with Lesley Pearse. Poppy was chosen to represent her school at the Olympic Torch welcoming event & on the same day enjoyed a party with 250 of her friends & family celebrating her successful surgery.
August – Poppy was an ‘extra’ in the BBC drama ‘Call the Midwife’ due to be shown in 2013. We also watched wheelchair basketball, swimming & football at the Paralympics in London.
November – Poppy was a bridesmaid for a lovely couple who granted her a wish through the charity ‘Me&Dee’. We took Poppy & Lily on a well-deserved magical holiday to Disneyland Paris!
We’ve also had amazing days out at Legoland (Indee Rose Trust), Alton Towers (Mason’s Magic), The Birmingham Royal Ballet (Me&Dee), Hamley’s London (Believe in Magic), had incredible photos in a real poppy field (Wisdom Photography & Mark Williams)  - and countless gifts from friends, family, complete strangers & other amazing charities. Poppy’s illness has taught us just how generous people are – thank you to all who have helped make 2012 such a memorable & special year. 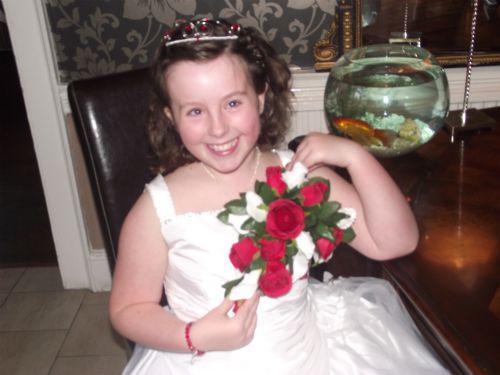 Fundraising
After our 7th annual ball in March, we decided to take a break from fundraising for a while. However, Poppy Fields Appeal is still very much in action, kindly taken over by our amazing family & friends. With their support, alongside that of many generous companies, the total we have raised for BCH is at almost £180,000 now – THANK YOU EVERYONE!!!
Poppy’s fantastic oncologist Andrew Peet has recently been awarded a professorship for his research into childhood brain tumours. He thanked ‘Poppy Fields’ for the important part played in this essential research – we look forward to continuing our support & helping to make a difference to children like Poppy. Congratulations Professor Peet!
Merry Christmas & a Happy New Year
We are looking forward to Christmas & hopefully a much less eventful 2013! We hope you all have a great Christmas too & send you our very best wishes for 2013.
With love,
Lisa, Brian, Poppy & Lily Guilder
xxx 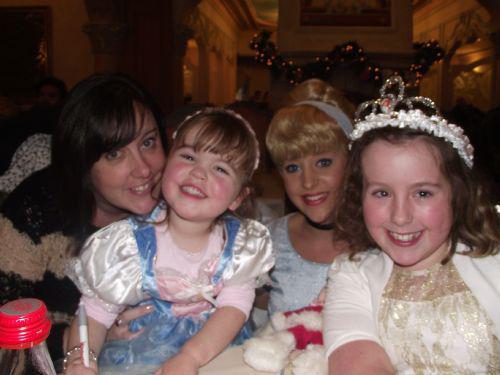