We were so grateful to Birmingham Children's Hospital (BCH) for the fantastic level of care given to Poppy, that we began fundraising for Ward 10 (Neurosurgery) in April 2004. We hoped to raise around £1000, which we then increased to £4000, then our target became £18,000 for a high dependency unit for the ward to help children in their recovery after brain surgery. 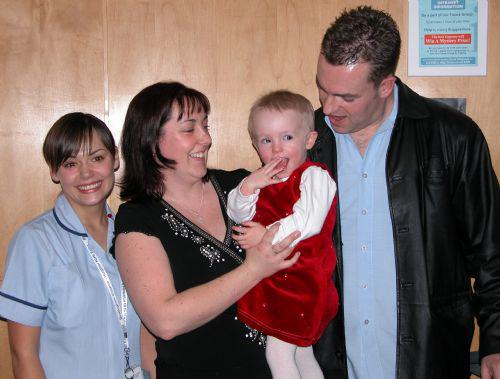 Poppy age 2 with us & Leanne - one of Poppy's nurses

Poppy was taken to the hearts of many people locally and, alongside our wonderful family & friends, we have been supported by the Tamworth Herald, Birmingham Post & Mail, Heart FM, Central News & Poppy even appeared on a charity special of the TV show 'Everything Must Go' on ITV1 in September 2004, where £7000 was raised! We were very proud in February to present a cheque for £33,273.91 to Ward 10 in February 2005!! An amazing achievement, far more than we imagined possible. This was used to purchase 3 high dependency monitors for the ward, meaning that many children no longer have to spend time in ICU, they can instead receive the same level of care on Ward 10 with their parents sleeping beside them. 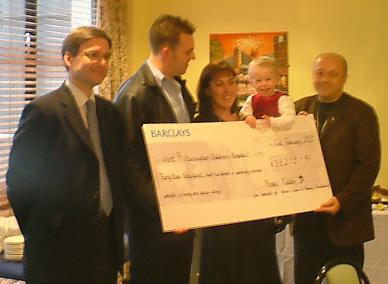