Poppy’s scans from January 2007 showed activity within the tumour & the cyst that had filled the tumour cavity. We met again with Mr. Sygouros who felt that he could easily drain the cyst, Poppy was now 4-years-old. The operation was planned for Monday April 16th 2007. We flew back from Spain on 14th April & Poppy was violently sick all of the way home. Her temperature was high & she had a terrible headache. We were really worried that the cyst had caused pressure inside her brain, so were very relieved to find out from the hospital that she simply had tonsillitis!!

The scan below shows the cyst getting bigger. 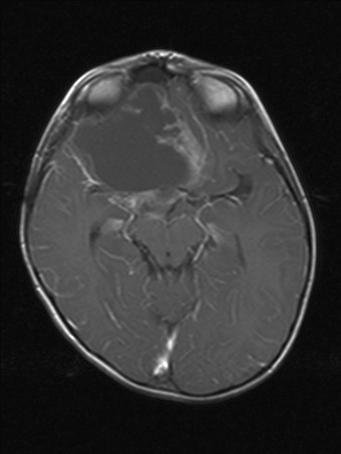 Poppy’s op was rescheduled for Tuesday 15th May 2007 (her cousin George's birthday!). She was in theatre for 2 & half hours. Poppy was able to eat her lunch only half an hour later, although she then developed an allergic reaction to something (we still do not know what), & her face began to swell & turn bright red. Poppy was completely oblivious to this & luckily some Piriton soon sorted it out. 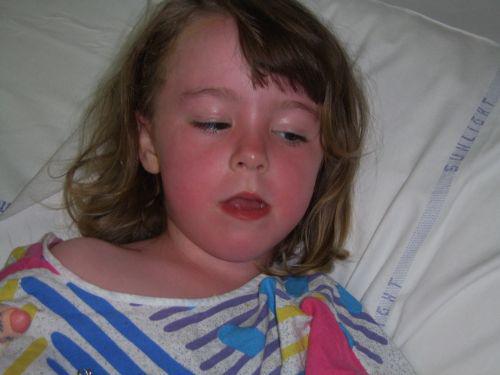 Mr. Sygouros came to tell us that he had removed a fair amount of fluid, but that it was a lot thicker than expected – jelly-like. He said it also had blood in it, suggesting either that Poppy had previously experienced a brain haemorrhage or that the tumour was re-growing. It is awful to think that we hoped it was a brain haemorrhage, but that option was far better than the thought of the tumour re-growing. 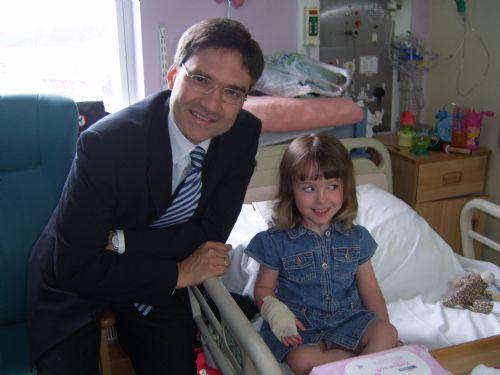 Poppy again made a remarkable recovery & was home the next day, telling everyone that she had a hole drilled in her head & some water sucked out with a straw!!! Bless her!

Poppy the day after surgery 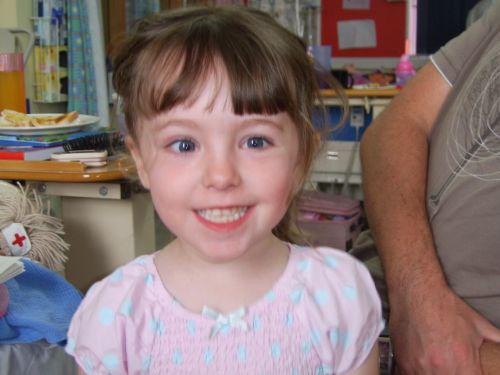