Our beautiful daughter, Poppy, was a well, healthy & happy baby, when she was diagnosed with a large brain tumour in March 2004, then aged 14 months. Poppy's only symptom was an occasional squint, but only when she was tired or under the weather. I took her to our GP with a chest infection in February 2004, he noticed her squint at this appointment & said he would refer us to our local hospital here in Tamworth. As Brian had also had a squint as a child, we were not too concerned, I remember just feeling upset that Poppy might have to wear a patch on one eye. 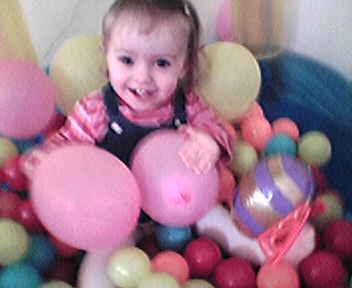 Brian took Poppy for a routine eye appointment about her squint on March 10th 2004, where the doctor suggested that Poppy might actually be blind in her right eye. We did not believe this. How could your child be blind in one eye without you knowing?? The doctor referred Poppy to Birmingham Children's Hospital for further tests. When the hospital rang with this appointment only 2 days later, I remember the panic starting to set in. I even began mentioning brain tumours to people, as we had watched a documentary the previous week about a 2-year-old boy with one. Everyone, including me, thought that was just an over-anxious mother's fear & that Poppy would be fine, after all apart from her squint she had no symptoms.

A nurse, then a doctor & then a consultant saw poppy at BCH on Tuesday 16th March. Mr. Wilshaw, the consultant, asked us if Poppy had ever had meningitis or a bump to her head as significant as being in a car crash. We answered ‘no’. He explained that Poppy had no sight in her right eye, that there was something causing damage to her optic nerve & that they would need to carry out a brain scan. I remember asking ‘when?’ & when the consultant answered ‘tomorrow’ I knew it was a brain tumour. I put my head in my hands & asked ‘You are not looking for a brain tumour are you?’ & he explained that they needed to rule that out first. I was then sick in the sink in the little room. 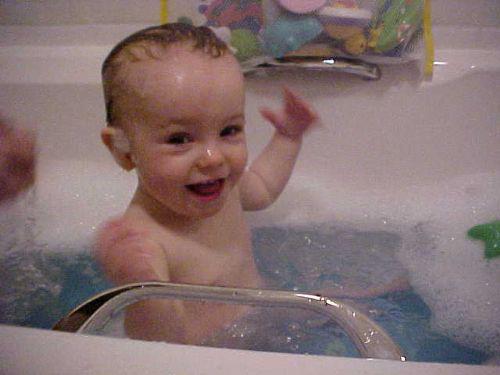 That night was a blur as we prepared ourselves to take Poppy for her MRI the next day. It was Wednesday 17th March 2004. Mr Wilshaw had promised us the results by Friday. Poppy was sedated & then taken down for her scan. I had cried all morning & continued crying all through the scan. When we came out of the scanner, none of the nurses could make eye contact with us. I kept saying ‘they know it’s bad’ with Brian trying so hard to reassure me that I was just being paranoid. He kept saying that Poppy had no symptoms, that she was fine. Looking back, I’m not sure which was worse – me being eaten up by terrible fear that Poppy was going to die, or Brian absolutely believing that she would be fine.

The nurses had told us that we could take Poppy home an hour after she had woken up from sedation, but after that hour had passed, then another hour, they still would not let us go home, adding further to my paranoia. Then Brian was asked to take a phone call from Mr Wilshaw, who was in London that day. As I watched my strong, positive husband crumple on the phone in the ward office, I knew it was as bad as I had feared. Mr Wilshaw had told Brian that there was a tumour & it was much bigger than anyone had expected. I had never heard of an Oncologist before, but we were told that one would be coming up to speak to us. The nurses were so lovely & you could tell that they too were upset by this dreadful news. 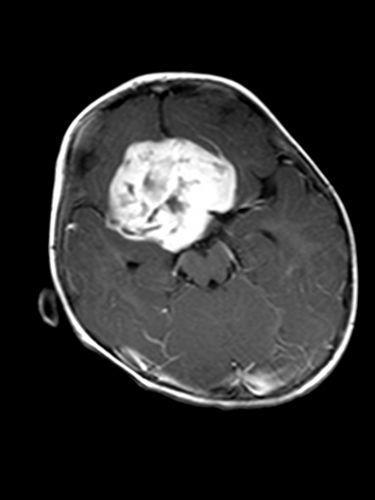 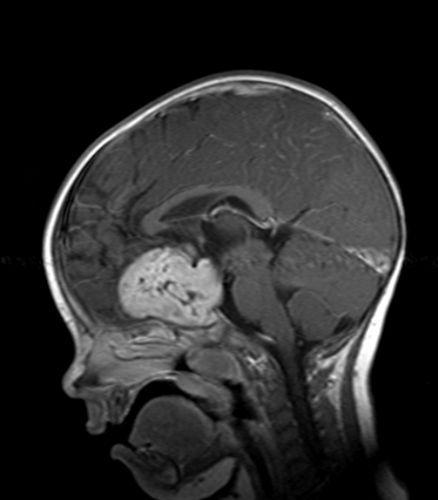 Looking at Poppy’s first scans, the only thought going through my head was that she was going to die. How could she survive that?? The on-call-Oncologist was not a brain tumour specialist so he could not answer many of our questions, but we were allowed home with an appointment the next morning to see a Neurosurgeon. I remember coming out of BCH that day, to see the world was still carrying on as normal. I had expected that it would have stopped, our world certainly had. Our family & friends were amazing from day one, supporting us, listening to us, just being there always.