Hi All,
Just a quick one to keep you updated on Poppy, who is still as happy, bubbly & fab as ever! 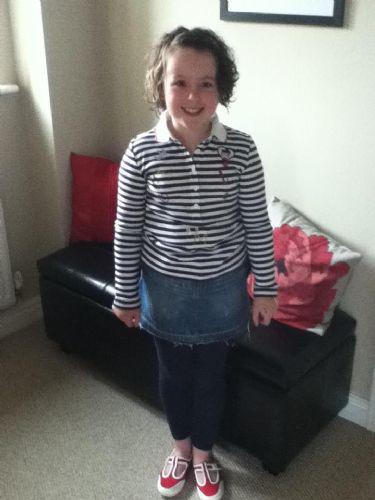 She had her MRI scan last Monday in the brand new scanner – this was hard on Poppy as it was much louder than her usual scans & even more sensitive to movement. The contrast dye was also injected by a machine which was also unnerving. She coped remarkably, with just a few silent tears, bless her.
She then had play therapy to explain the operation to her & enable her to be open about her fears. Poppy was also able to visit Ward 10 – she has no recollection of being on there despite her 3 previous surgeries. Some of the same staff are on there though – they couldn’t believe how grown up Poppy is now!
We had Poppy’s results on Friday...
Since December her tumour has grown 1mm. The surgery can therefore wait until early April (after Poppy has been to see the X-Factor tour – the birthday present that she thought she would miss out on). We will find out the date this week hopefully, along with the finer details of the surgery.
There is now another issue, which could be nothing, but needs to be watched very carefully. Poppy was watching TV last week & she was leaning on her arm. After 45 minutes, her face had drooped on the left side, and she was numb down her arm & leg. It only lasted for a few minutes, but we felt we needed to mention it to Dr. Peet. After looking at the scan, the BCH team commented that the blood vessels on the right side of Poppy's brain are thinner than they should be – due to radiotherapy. Dr Peet is going to chat to his colleagues this week to see if Poppy needs to go on a low dose of aspirin (to prevent a stroke) – this needs to be carefully thought about because of Poppy’s upcoming surgery & because it could just have been a one off issue.
We are all very anxious about the coming months, but pleased that Poppy is in great health & fighting fit. We are hoping so hard that the operation brings the cure that we never dreamed possible for her – she was diagnosed exactly 8 years ago yesterday (17th March) – that would be a miracle.
It is our 7th annual ball on 31st March – we are very lucky that we will be able to go now.
Thanks everyone for your thoughts & prayers, they mean the world to us.
Love
Lisa, Brian, Poppy & Lily Guilder 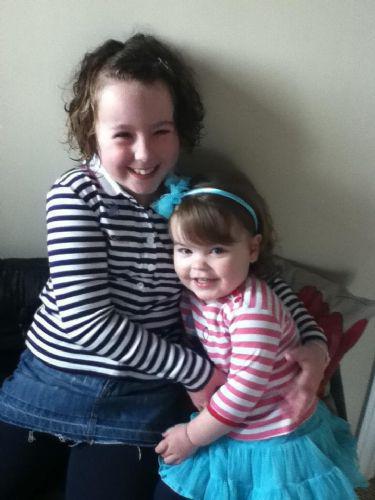