Poppy’s Update March 2010
‘Heroes & Villains’ Ball – Saturday March 27th 2010
Well, all we can say is …WOW!!! Yet again, we had an absolutely fantastic night!!! We never cease to be amazed by the support we receive from our friends, family & supporters!! We are incredibly lucky. Last year we raised £6000. We had 50 less guests this year, so we thought we would aim for between £4000 & £5000, but we actually raised a staggering £6000 again!!! This was unbelievable!!! So, we would like to say a huge THANK YOU to those who made it possible!!! This takes our total raised for Birmingham Children’s Hospital to £106,000. We are absolutely thrilled!!!
This year we also had a new fundraising film (which will be available to share with you all very soon). The impact was huge – so we owe a massive thank you to Matt Brinkley who has given up so much of his spare time & energy to create this. We think he is extremely talented (and so generous too!!!).
An Added Surprise…
There was an added surprise at the ball this year… Brian is going to be 40 on April 3rd, we could not let the ball pass without doing something!!! So, Poppy recorded her own version of the Miley Cyrus track ‘Butterfly Fly Away’ (with her fab Auntie Mich), and she managed to keep it a surprise from her Daddy for months too!!! We played her song, with a PowerPoint of photos to match, to a rather emotional Brian. Then to top it off, we had arranged for my Auntie Janine & Uncle Gary to secretly bring Poppy to the ball!! So after her song, she ran into the room to give her daddy the biggest hug!!! She then very bravely sang ‘The Climb’ (with just a little support from her Auntie Mich) in front of all 200 guests!!! We are biased I know, but Poppy has a beautiful voice & to see her singing in front of so many people was one of the proudest moments of our lives. We have never seen so many soggy tissues at one of our balls!!! And, what a lovely birthday surprise for such a wonderful daddy & hubby too!!! 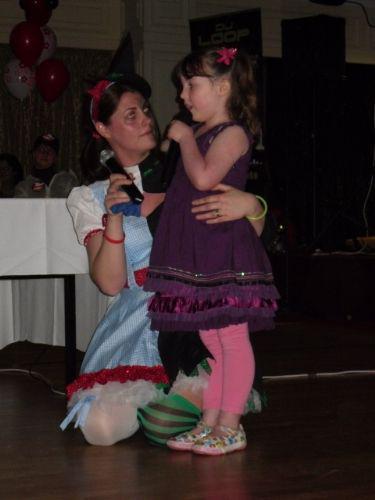 Poppy’s Latest Tests
Poppy recently underwent some tests to determine if she is producing growth hormones. Her tumour involves both her pituitary gland & hypothalamus, which control growth & other hormones. Poppy coped very well; the tests involved giving her insulin to induce a diabetic hypo & then taking blood 6 times over a space of 3 hours. As expected, the test results showed that the tumour & radiotherapy have caused damage & Poppy now needs to start daily growth hormone injections. She is also having further tests this Wednesday as when you are under extreme stress your body produces cortisol to help you cope with this, again due to the damage suffered, Poppy is not producing this either. This is just the next step in Poppy’s journey, and we know she will cope again, she always does, bless her. Exactly 6 years ago today (Sunday 28th March 2004) – Poppy was admitted to BCH in preparation for her first surgery on Monday 29th March. She was in theatre for 8 hours; with only a 50% chance of survival…we felt that his could be our last night with our beautiful 14-month-old daughter. Here we are 6 years later, with a very bright, confident, cheeky 7-year-old. Not a minute goes by where we do not appreciate how blessed we are.
BCH Presentation
On April 8th we will be officially presenting our next cheque to BCH!! This is for a phenomenal £26,000. We will also be celebrating the fact that we have passed the £100,000 mark. We have been able to ask a few of the people who have helped to raise this incredible amount, we wish we could have all of you there, and our friends & family too, but there isn’t the room to fit you all in!! But to all of those have supported us over the last 6 years – THANK YOU for making this happen!!
Family Times
Well, Poppy is super excited as her baby sister is due in only 10 weeks time! She loves to feel the kicks & watch my tummy move! We will take a back-seat for a couple of months from our fundraising now, as we accustom ourselves to life with a new baby & Poppy’s daily growth hormone injections, but we already have KUBE nightclub in Tamworth booked for Friday November 12th for a repeat of our brilliant 80s/90s night!!!! And I’m sure other things will crop up in-between!!!! :o) 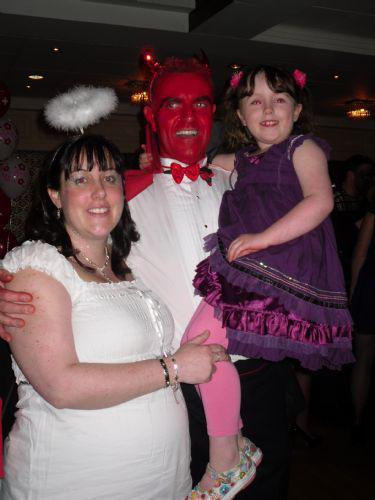